The Shia Sentinel: Fighting for a Democratic Dream 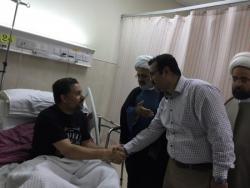 Published in School of Conflict Analysis and Resolution Newsletter Link

Many years of authoritarian rule and grievances in Tunisia ignited a popular wave of protests demanding social and political change. These efforts, which later became known as the Arab Spring, quickly spread to other countries in the Middle East and North Africa.

Spring usually renews, rebuilds, and brings a renewed sense of purpose. This was the case in Tunisia and Egypt, where long-time dictators resigned from their posts and the people achieved a sense of reclaiming their democracy.

However, not all such actions across the region proved to be joyous as the years progressed. It became clear that even spring could be categorized under discriminatory vocabulary. While the struggle for freedom (or democracy) was internationally proclaimed for nations such as Libya, for others the struggle for freedom was labeled under “terrorism.”

Like Egypt, Tunisia, and Morocco, the citizens of Bahrain also asked for democracy and equal representation, but their struggle was not recognized. Bahrain holds a majority Shia population that is ruled by a monarchy. The Khalifa monarchy has ruled the archipelago of Bahrain since 1783, with power passing from father to son, and for centuries, the citizens of Bahrain have been denied the right to make decisions on their government. Those who have expressed dissent have been detained unjustly, and many have even had their Bahraini citizenship revoked. As with the citizens of Egypt, Bahrain’s people also rose in anger and asked for change but lacked sufficient representation and their efforts led to even more oppression and resentment.

At the time of the Arab Spring, I was working for a non-violent organization called Freemuslim Association Inc, that was operating in Iraq to bring peace and counter extremism in the Middle East by educating families against radicalism as a response to grievance. As I was following the events in Bahrain, I realized that their plight did not make the news like elsewhere. Bahrain is one of the numerous Shia majority nations around the world and I became interested in the situation because, although geographically small, Bahrain has a long standing trade history with western powers such as the United States and United Kingdom, yet it seemed their plight was not internationally recognized. Even before these wave of protests started, the many human rights violations being committted in the country remained unaddressed by world powers.

In fact, it seemed as though whenever the Shia were involved, there was no action. Thus, the apparent media bias towards the Shia minority not only undermined the Bahraini struggle for democracy, but also minimized the fact that extremist groups were systematically targeting this population. Shia Muslims worldwide constitute about 10 -13% of the Muslim population, representing  a multi-cultural faith, independent from any geographical and political region. Historically, Shia Muslims have been vocal in their criticism of injustice, which has lead to them being widely persecuted.

I could not stand idly by as these atrocities were being perpetrated against Shia Muslims and that prompted me to start Shia Rights Watch (SRW), an independent organization dedicated to define and protect the rights of Shia Muslims around the world. SRW mainly conducts research in different countries, documents minority oppression, and formulates grassroots and government recommendations to ease and minimize these conditions. To date, we have issued more than twelve research publications in different countries analyzing the situation and shedding light on the violence endured. Examples of such reports are The Lost Generation, in which the over 550 Bahraini minors detained were disclosed, the Untold Stories of Pakistan, which investigated the lack of media coverage on Shia targeting. In addition, we also work with the United Nations, specifically ECOSOC, which granted SRW special consultative status, allowing us to highlight oppression towards minorities and promote change on an international level.

Currently, I believe that in order for SRW to continue to grow and be effective in its work, further education in the areas of non-violence, genocide prevention, gender, and conflict resolution is needed. I believe the mission of the School for Conflict Analysis and Resolution (S-CAR) is similar to that of SRW, and this is why I chose to futher my education here. My goal is to learn about different concepts to analyze conflicts, find ways of resolving different conflicting issues, and to be able not only to report minority rights violations, but also to work as a mediator in resolving matters of contention. 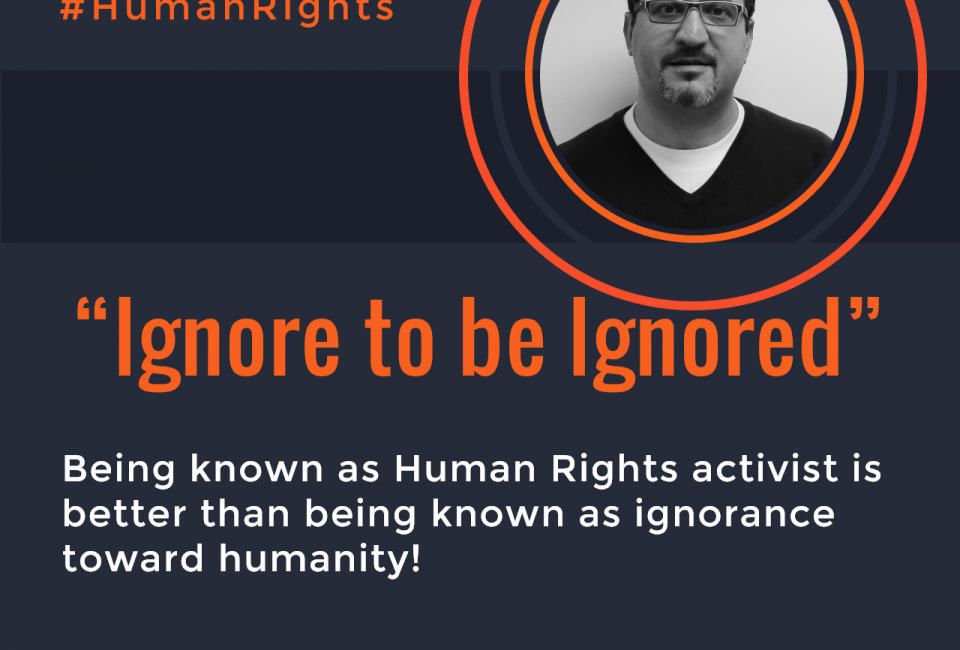