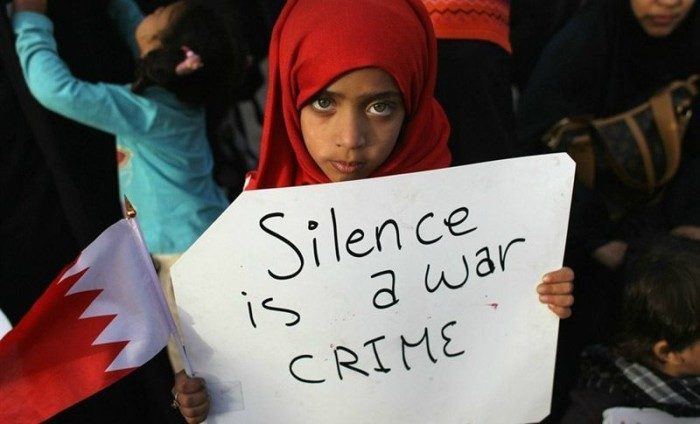 WASHINGTON, January 12, 2015 — The United States has worked to defend people around the world and grant them freedom from discrimination. America’s fight in the Middle East and north Africa was based on the fact that the U.S. does not tolerate dictatorships, and that no one is above repercussions if they target innocent people.

The atrocities perpetrated by ISIS have brought many countries such as Saudi Arabia, The United Arab Emirates, Turkey, Jordan, Bahrain and Qatar together to prevent this group from moving to another country and continuing their activities.

One way to prevent states from allowing evil to expand is to enforce sanctions against them. For example the world has united to enforce sanctions against the Iranian government to prevent it from gaining nuclear weapons. According to the U.S Department of State “In response to Iran’s continued illicit nuclear activities, the United States and other countries have imposed unprecedented sanctions to censure Iran and prevent its further progress in prohibited nuclear activities”.

In North Korea, the issue was similar in some aspects: there is an abusive government with no respect for freedom of expression, human rights, and freedom of speech. President Obama has signed an executive order to issue sanctions against North Korean businesses and entities to weaken their economy and prevent the North Korean government form violating rights of their own people and threats against its southern neighbor.

The United States shouted that it stands with innocent people against dictatorships and abusive governments.

At least that was propaganda the United States spread around the world, until Washington showed that there is always catch in our policy toward dictatorships.

For our allies, we turn blind eye to human rights violations and ignore harsh dictatorships. The United States will sacrifice human lives for the sake of its relationship with other countries.

Bahrain, the small country in the gulf with population of 1.33 million, is composed of 85 percent Shia Muslims and 15 percent Sunni Muslims, Christians, and Jews. The government of Bahrain also freqeuntly uses tear gas and rubber bullets against their people. Bahrain has largest population of minors in the world, and children over 15 but under 18 are tried in a criminal court rather than juvenile court. The number of mosques that were destroyed was slightly less than the amount ISIS has destroyed in Iraq.

A review of statistics for December, 2014, reveals Bahrain’s human rights problem. According to Americans for Democracy and Human Rights in Bahrain, in December 2014:

The number of infant and children who are getting poisoned by teargas has increased every day. Since 2011, Bahraini forces have tried to silence people by all means. Teargas canisters are meant to be fired in an arc, landing amid crowds of protestors and giving off an instant fog of foul-smelling, eye-watering smoke to force people to clear out.

Saudi Arabia is another country with significant human rights violations. Most human rights violations include violating freedom of expression, freedom of assembly, and freedom of religion. According to Shia Rights Watch, a Washington based organization, “visiting holy site and graveyards in Medina is forbidden by authority and many Shia Muslims get arrested every year”.  Torture, detention, and arbitrary arrests are practiced on a daily basis in Saudi Arabia and no one is held accountable for such actions.

Fighting terror gave Saudi Arabia good reason to justify their brutal action toward their citizen, according to Janine di Giovanni Middle East Editor of Newsweek, from January 2014 till October 2014, Saudi beheaded 59 people in the kingdom, which punishment by the sword is practiced for a long time. Saudi consider that law of sharia which is not supported by religion and is created and politicized by Wahhabi thought. This is the same ideology that ISIS and ISIL are using in the countries such as Syria and Iraq.

Shia Muslims who compose 15 percent of Saudi Arabia’s population are the main target of human rights violations. Saudi authorities have attacked Shia in their eastern province with false accusations, and have arrested many Shia Muslims. Since no one can prove the government’s accusations except the authorities, citizens of eastern province are living in fear every day. Another major subject is women rights; Saudi authorities have banned women from many things such as driving and physical exercise. Human rights are denied in many aspects of Saudi citizens’ lives but since they do good job hiding it we don’t care to address it in the United States.

Despite these constant violations, both Bahrain and Saudi Arabia remain close allies of the U.S., revealing the two-sided policies of U.S. concerning human rights. When it is in Washington’s interest, it ignores violations and backs repressive regimes.

With friends like these, who needs enemies?
This Article was published at Community Digital News