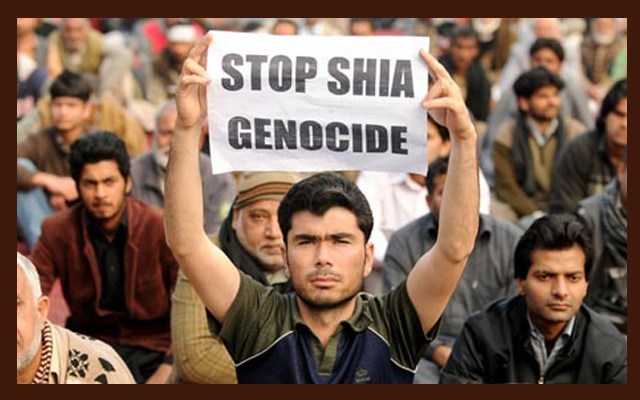 WASHINGTON, November 21, 2014 — “There’s two kinds of people in this world,” says Will Smith in the movie trailer for Focus. “There’s hammers and nails. You decide which one you want to be.”

That is an interesting way to categorize humanity, but we could add another kind of person to the list: people who watch the “hammer and nails”.

Hammers are those who oppress others to gain and stay in control; nails are the people who are victimized by them, people who often wish only for equality and freedom. Hammers — terrorist groups like ISIS and governments that of Bahrain — pound on on the innocent inhabitants of their states as though they are nails in a workshop.

There is a line between oppressors and the oppressed. It includes that third party of people and is not static. Inaction takes away your ability to choose who you want to be. Whereas before you had to choose between a “hammer” or an “nail”, inaction forces you in the category of the oppressor.

Humanity in any religion is the same, caring about others without asking for their religion and faith. In recent years, the Middle East has seen the most inhumane actions toward Shia Muslims, Christians and Ezidis. Attacks on Shia Muslims and Christians in Iraq and Pakistan and brutal killings of Shia Muslims in Saudi Arabia and Nigeria show that most of us fall under the third person category who watch the crimes and chose to not take a side.

During the past month, many people with different backgrounds were attacked by terrorist groups; we have witnessed the kidnapping of more than 200 girls by Boko Haram in the town of Chibok in northeastern Nigeria and the destruction of schools, churches and mosques.

In Iraq, Shia Rights Watch reported the kidnaping, torture and killing of more than 500 Shia Muslims by ISIS; then there are the Ezidi women and children who are being sold among ISIS fighters for 50,000 to 150,000 Iraqi Dinars ($42-$130) depending on their age and beauty.

In Bahrain, Shia Rights Watch released a 5-minute video showing Shia Women and children storming out of a worship center after Bahraini security’s brutal use of tear gas against Shia Muslims.

Government and religious organizations’ lack of response to these atrocities has simply encouraged the violence. Inaction has allowed mass murder and rights violations to spread across the world.

Increasing anti-Shiism in the Middle East has spread to other countries. As Shia Muslims prepared to commemorate the death of the “third Imam” — Imam Hussein, the grandson of the prophet Mohammad who was beheaded with 72 members of his family by terrorists in 680 AD — terrorists attacked Shia worship centers in several countries. A series of attacks were carried out in different countries, including: Australia, where a Shia leader was injured in front of a mosque; Nigeria, where more than 20 Shia were killed during commemorations; and Saudi Arabia, where eight Shia Muslims were killed while attending the ritual.

There is consistency in the work of terrorist groups. They first attack one faith or ethnicity to scrutinize the reaction of others. In Syria they began by targeted killings of Shia Muslims in Damascus, Aleppo and other cities. When the world chose silence, they attacked other minority groups, like Christians, knowing no one would help or show opposition.

We have forgotten that we are one human family living together. We look at our situation thinking that terrorists will never reach us. It is time we re-evaluate our status in the world around us. Have we become the victims, or are we the ones violating people’s right? Then we must determine the steps we can take to prevent the atrocities happening around us.

We must consider these questions and try to come up reasonable answers to pass to our children.

World Wars I and II left us with many questions. We are looking to find answers for the lives that were lost, building museum for whom that were dehumanized based on religion and beliefs. Douglas Horton once said, “Action cures fear, inaction creates terror”.

It’s time to “cure our fears” and re-evaluate our fight against human rights violations.

This Article was published at Community Digital News